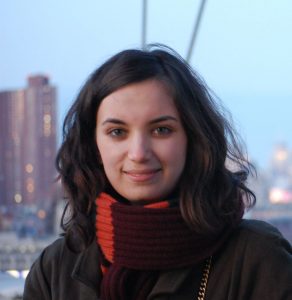 Somerset House is partnering on Creative Producers International, a landmark global talent development project led by the Watershed in Bristol and with the other UK and International producing partners. Find out more about the programme here.

Just over a month ago I returned from a three-week residential lab at the Watershed in Bristol. It was the first part of a two and half year programme aimed at fostering and supporting a network of city change makers globally, who can bring together creatives, citizens and authorities to enable positive change in each of our different cities. It also builds on several years of work that the Watershed has instigated exploring the concept of Playable Cities internationally. Sounds awesome, but where to start on this ambitious mission and how and where do I fit in?!

I spent a lot of the time intrigued and in awe of my new colleagues who creatively and articulately shared experiences of their various cities ranging from UK cities such as Manchester and Liverpool, to much further afield like Almaty in Kazakhstan or Durban in South Africa. We shared our varied work as people involved in creating cultural experiences for audiences as well as our very different experiences as city dwellers internationally.

The three weeks were packed with visiting speakers, workshop sessions and other related events around Bristol to attend. There was also a regular steam of more informal conversations that took place that have left me with lots of questions relevant to my own work at Somerset House, and also more broadly as a citizen of London Town and this world we all share. Personal highlights from the more ‘structured’ programme included visiting speakers sharing their experience of change making from a city or public space perspective. Examples included Clare Doherty (Director of the Arnolfini) questioning how public art has changed over the last decade, fictions of places, and also the challenges and opportunities of commissioning art for public spaces. I’m really interested in the Arnolfini’s current project entitled Imagine New Rules exploring the role of the 21st Century Arts Centre. Another important session was led by producer Jo Verrent from Unlimited, talking about approaches to make public spaces more accessible to all. She talked about the Social Model of Disability which is something worth exploring for anyone involved in making places and spaces, andfor everyone who isn’t too! The more informal learning that took place is much harder to quantify – there were so many rich discussions about wellbeing and keeping well in your work, the value/limitations of technology, the roles of artists, producers and curators respectively and much much more. In essence *MIND BLOWN*!! How to even start to share any of this with colleagues and collaborators back home?

The residential lab culminated in the annual Playable Cities conference, which you can read more about here. As part of that I collaborated with super star Malika Toyo from Lagos and hosted workshops which involved challenging some of the language we use around city change. We hosted conversations about how participants felt in their own city environments and found by changing the language from structural to emotive, conversations quickly moved to more creative and ambitious illustrations of the social and cultural experiences we might want to collectively build in future city spaces.

I spent much of the three weeks being regularly wowed by not only the other participants on this international programme, but also all the other individuals involved hosting us at the Pervasive Media Studio, challenging us and supporting us throughout. It is rare to be hosted in such a nurturing way for such an extended period. The whole lab was a very special treat and allowed some time and space to think big. Back at Somerset House, I’m left with more questions than answers but am full of optimism and energy to expand on this rare opportunity and build on some of the questions raised:

How can we host spaces where those least heard in society and the city are amplified?

Particularly in terms of climate issues, how do we create space within our city to test radical futures that urgently need prototyping?

How can we learn from cities like Lagos or Mexico City which have many different structural challenges, but that might have the ability to innovate and transform quicker than London?

What does it mean to be part ofa creative community in the centre of London and how can we collectively challenge and shape ideas about our future city?

How do we respond to imposing historical backdrops like Somerset House or parts of London which were built as symbols of global power in times gone by?  How can we juxtapose those backdrops with new interventions acknowledge those histories but speak to shared positive and inclusive values for the future?

How do we ensure space for artists and radical thinking in conversations shaping future cities?

Where do we go from here?

The next stage of the Creative Producers International programme involves some R&D work in our own contexts as well as working together on projects for the next Playable City conference to take place in Tokyo in Autumn 2018 so watch this space!