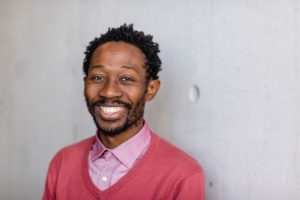 Somewhere amidst criticality, fun, agency, hospitality, professionalism and authenticity is where you’ll find The Pervasive Media Studio. And in that studio is a community of unbelievably wonderful creatives practicing in the most novel ways in the city of Bristol. I’ve said a few times now that Bristol feels like the rebellious cousin to London. And it is in this context that I met 14 creative producers (from 14 cities across the globe) who would form a temporary family for three weeks, ultimately a stronger ‘’professional” family for two and a half years to come. Collectively, these elements created what has been the most moving professional experience of my career.

I’ve always regretted the limited opportunities for professional development available to producers, yet they’re increasing expected to perform better in the most uncertain and trying conditions. The private sector has executive development/ coaching for their top staff and there various programmes to push innovation but we don’t have that luxury as we jump from project to project without a moment to draw back and grow. Enter the CPI; a programme that I felt has provided me with just enough insight into multiple areas of production for me to explore at my own pace and depth.

Firstly the composition of the team was both intimidating and inviting; what would be the connection points between someone from Kazakhstan and another based in Copenhagen? What is the conversation between my colleagues in Tokyo and Lagos about city change and play? Where do all of our modes of praxis converge and diverge? The point I’m trying to make here is that just the cohort in itself was enough to dislocate you and locate you again in a better position. It is thanks to the residency schedule that these strings bonds begun to form, we were given just enough work time and rest time. Just enough freedom to co-create the experience in a personalized way while being part of a team. Allowing ourselves to be fully present in Bristol while being able to facilitate our lives back home.

More into the actual content of the residency lab, the line of individual and organisations we were introduced to are something from the future. All of the people we met were thinking about city pain points in very refreshed ways – almost using the anxiety and frustration to catapult into a very productive outcome. And this way of being solutions driven in a boldly and unapologetic fun and playful way is something I immediately applied upon my return and has been interesting to see people appreciate my play nature in difficult conversations.

The PMS team also have this wondrous ability to troubleshoot and problem solve with such ease and agility. Hospitality and agency play a big role at PMS and they did exceedingly well for us, there allowing us to bring our best possible minds to every discussion.

The diversity of people we met stretched my imagination even further and deeper. To cite some points raised which I am slowly following through on are mentioned below. As part of our terms of engagement as a team, we spoke about the need to address each other as ‘’people before professionals’’, to critically engage with ideas and not embrace lukewarm ideas for the sake of conviviality. We all had the yearning to be vulnerable in each other’s company which is not an easy feeling to work with in a group of ‘’strangers’’, all of whom are doing incredible work in their respective cities or countries.

Some phrases caught my attention such as the intersection of play VS performance in public space. And how public interventions are moments for a ‘’private spectacle’’. The notion of asking for forgiveness than permission is something I’m already using to conduct practice. I have been going deeper into understanding how ‘’playfulness is a gift’’.

A discussion on the New Rules of Public Art have given me a way to critique public art, something I’ve been meaning to do for a long time but didn’t have the thinking style. Some points raised here were ‘’the need to shift the conversation from form to objective’’ and using ‘’art as a disruptor than way finding’’.

There was due focus placed on personal resilience and wellbeing, again, something we take for granted as we get swept into the next project. This was not only theoretical, the PMS walks the talk, it connected very much to how they accommodated us at our low points and frustrations. I’m still not sure how they did it. Amazing.

On wellbeing, some take away points are;

‘’the point is not to get a 5 star app but get better at dealing with the 1 star rating’’. And that ‘’wellbeing is part of the value chain of the product’’. This session was hosted by a gentleman who runs a gaming company which is a highly stressful industry with very long days.

I found immense value in a topic we browsed over ‘’three legs of innovation’’ and how we should only innovate in one of the three areas either audience, experience or genre. To innovate in all three might land you in a lonely place. Connected to human relations again, we had a discussion about giving feedback, especially when things don’t work out. One of our colleagues expanded the conversation on self care over a lunchbreak with the group, what a moving session – I hold that discussion very dear to me. And has formed a foundation of how I engage with colleagues and partners. Thank you Alice Holland.

Another session worth mentioning was on storytelling for your project. Being one who is fascinated by the world of storytelling, I was in my element for this one. I enjoyed the overview in the evolution of storytelling and where the medium is headed. We went deeper into talking about Fandom Studies and the act of creating of a following.

Conversations also covered tips for engaging with cities in being playable. Some case studies were given about how Bristol landed at its current position of being a dynamic city with such progressive institutions yet acknowledging their strains. We also had an expert on fundraising to talk through their complex funding structure which was good preparation for me since fundraising forms such a huge part of our work.

We were afforded so many experiences and in the interest of time and length of this piece, I will mention two; the first was an immersive theatre piece which showed me how experiential creative work could be and the possibilities for indelible connections with audiences. The other experiments which had the same effect was this thing called ‘’ambient literature’’ or ‘’situated media’’ which is an immersive way of exploring the city through an app and a storybook. Please read up on ‘’It must have been dark then’’ to get the full story.

In conclusion, I’m still slowly reverting to my notes from our residency. I still can’t believe such a strong connection can emerge in a professional world across time space. As the saying goes, ”where much is given, much is expected’’. My work is cut out for me and I’ve already started to implement the take-aways from the residency. The next two years are filled with fun and I can’t wait.