Today we were joined today by eight brilliant students from Taylor’s University in Malaysia in which we introduced some of our work on Playable Cities and got their take on what might make a city playable. Taylor’s are partnered with the University of the West of England (UWE) and they are spending time with us at the Pervasive Media Studio this week as part of our ongoing collaboration with UWE and with their embedded research group, the Digital Cultures Research Centre. 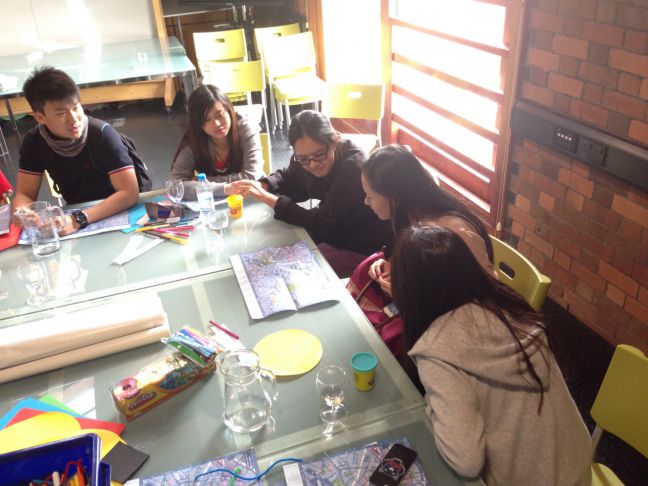 We started the day taking a look at some project that we have seen around the world that offer an alternative viewpoint to the efficiencies and hegemony of the ‘Smart City’. We shared some of our favourite Playable City inspirations including:

Followed by a brief history of our own explorations into this emerging idea of a citizen-authored, malleable, configurable city, from the Playable City Sprint with UK and East Asian artists, to the first winner of our Playable City Award, Hello Lamp Post, and on to the current 8 projects that have been shortlisted for the 2014 award.

In pairs the students assumed a creative producer’s hat and started to think about how they would present each of the shortlisted ideas, making suggestions as to where the work should be installed, thinking about how people might encounter the work, what they would need to participate and what emotion the project might provoke. In some cases they created fictional personas for the participants to take the experience design approach of constructing a user journey through each artwork.

In the afternoon, we visited four locations around Bristol that we felt would offer distinctive contexts for Playable City projects 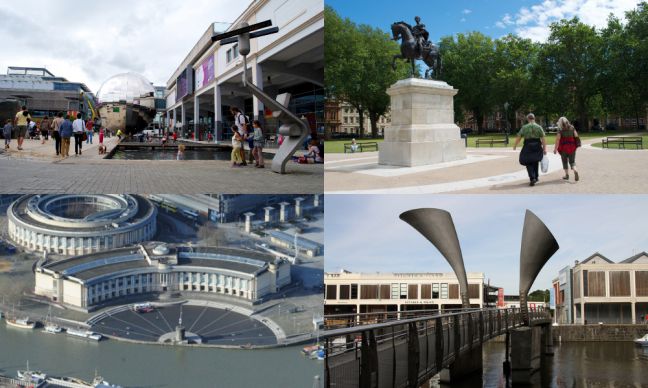 The students in two groups chose the location that inspired them the most and selected a target user group to focus on at random.

For Group A the location of choice was Queen Square and their randomly assigned user group was Dog Walkers. In short order they devised an ingenious project that would place sensing systems in the square that could recognise dogs. Colourful spotlights would zero in on and follow the dogs around the park, and the sound of a musical instrument; guitar, drum etc would play according to how the dog was moving. The more dogs running around, the more music is made and the better dog owners play together to encourage their dogs to run, stop, spin, roll over, the more melodious the music they create.

Group B chose the Amphitheatre and were given Commuters as their target audience. They designed a project called ‘Walk and Pop’ that would see the amphitheatre carpeted with giant, self re-inflating bubble wrap that would destress the commuters as they walk and pop to work. They suggested a number of ways to build on this system, including a screen with pixels corresponding to the bubbles popped to allow passers by to start drawing pictures or emulating the images on the screen in the bubble wrap.

The teams pitched their big ideas to a panel of expert practitioners, producers, commissioners and researchers from the Studio and Watershed teams and a lively debate ensued around how these ideas could be developed and explored further.

My fellow workshop facilitator Jess and I were delighted with the creativity and thoughtfulness demonstrated by the students. We are very much inspired by their unique perspectives and ideas about what will become important in future city spaces. Thanks Taylor’s, come back and see us soon. 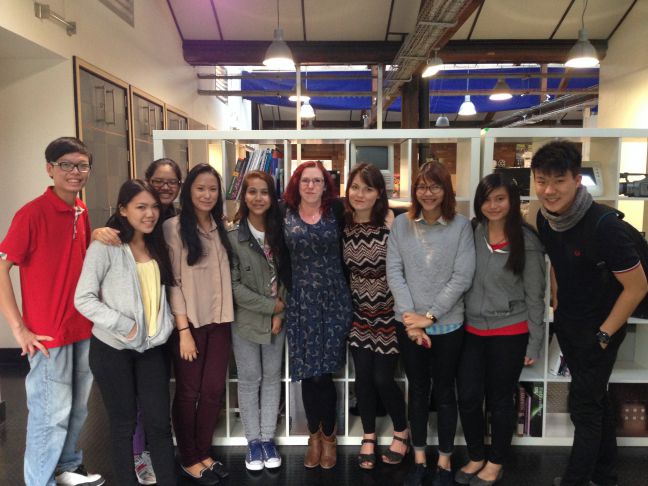