Watershed is delighted to announce that the winner of the 2014 international Playable City Award is Shadowing, created by designers Jonathan Chomko and Matthew Rosier, based in New York and Treviso, Italy respectively. 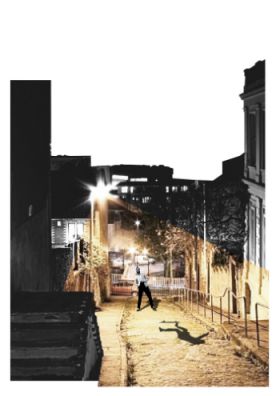 This September and October, as the sun goes down and Bristol’s street lights come on, traces of those who have passed by will be played back as shadows, re-animating the streets. As people interact with these curious figures, their movements and actions will be recorded and echoed back to the next visitor.

The Shadowing team (the project’s name in shortlist was Light Memory) will now work with Watershed producers to explore their ideas. They will then start to develop the infrared technology needed to capture people’s outlines and work out ways to project movement back as shadows after people have moved on. The project offers passers-by a trace of those who have walked the same path moments, days or weeks before, at times like ghostly time travellers, at others more like a more playful Peter Pan. As well as peeling back the traces of the city’s nooks and crannies, Shadowing offers an exploration of the disconnectedness that technology can create between strangers, the role of light in creating a city’s character, and the unseen data layers and surveillance culture that pervades our contemporary urban spaces.

The judges, Ben Barker and Sam Hill from last year’s winning team, Claire Doherty from Situtions, Dan Hill from the Future Cities Catapult and Tom Uglow from Google met last week to speak to each of the eight fantastic teams shortlisted for this year’s award. All of the comments and questions raised by the public were considered and fed into the interview process, and after much deliberation, they arrived at their final decision.

Shadowing was ultimately selected from 78 applications received from 29 countries around the world, and will be produced and installed in Bristol this autumn launching at the inaugural ‘Making the City Playable’ conference, before being toured internationally. 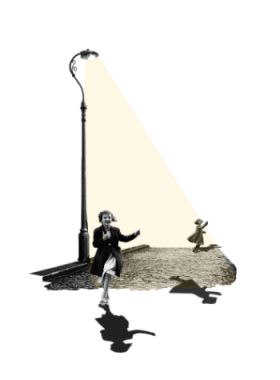 Jonathan Chomko and Matthew Rosier say: “We are honoured to be awarded this year’s Playable City award. The quality of the shortlist and expertise within the judging panel, make this commission particularly humbling. We saw this as an opportunity to create a piece that lived in the city, rather than add on more infrastructure. Our starting point was the notion that what makes our cities vibrant are the people we share them with, and we hoped to find a way to augment this presence. Our goal is to create unexpected interactions between people who share an urban environment by placing pockets of memory throughout the city that remember those who have passed through, allowing citizens to interact through time. We’re excited to work with Watershed in bringing Shadowing to life.” 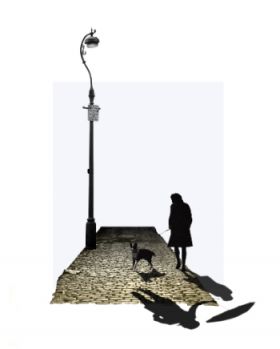 Judge Tom Uglow says: “I hugely enjoyed the judging process, including the online commentary which gives pause and is far superior to
‘voting’. Unfortunately we can’t put on all eight projects – although I hope they will all find commissions in other playable cities in the UK and abroad. Shadowing feels like it has the most promise to speak to what Playable City is – a programme that makes dumb objects smart, and by smart we mean witty, creating interactions for Bristolians that subvert the normal and enchant the everyday via technology.”

Clare Reddington, Executive Producer of the Award says: “We are very much looking forward to working with Jonathan and Matthew to bring Shadowing to life in the unexpected and lesser travelled places in Bristol. We love the balance of sophistication and playfulness that this work offers and really appreciate the distinctive and textured response that they have made to the theme of cities as playable places”

Judge and one of the winners of last year’s Playable City Award Ben Barker from PAN Studio says: “Shadowing plays with time and communication in a subtle, integrated way, born out of the city and it’s permanent light. It reminds us that we share our environment both spatially and across time. I can’t wait to see the shadowy syntax that Bristol evolves.”