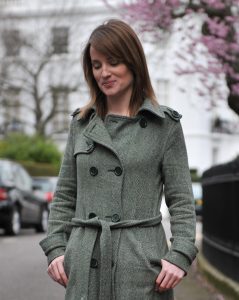 Two weeks out from MIF17’s opening event I got the news that I had a place on Creative Producers International. Which basically meant I heard the news, celebrated for five minutes (“residency at Watershed, yes! Tokyo in 2018, amazing”) and then got reburied under an endless to-do list.

I simply didn’t have the headspace to fully comprehend what I was going to be part of: “Global talent development programme…fifteen exceptional Creative Producers from all over the world…helping them to become change makers in their cities”. Looking at the incredible biogs of my fellow cohort only furthered my sense of imposter syndrome. I’ll be found out instantly and on the first train straight back to Manchester. Sorry guys, there’s been a mix-up.

Well, welcome to Watershed’s Pervasive Media Studio: a place for the treatment of time-poor, self-deprecating producers. As my brilliant cohortee, Paula, so eloquently put it: Pete, Jo and Clare “found a bunch of the most disparate, wonderful, feisty, thoughtful, inspiring people from around the world and put me in a room with them. And then asked us what we needed to make the world we imagined.” Something brilliant happened over those three weeks. Something difficult to articulate but which affected us all. A feeling of invincibility that only comes from spending 24/7 with people that instantly and instinctively have your back.

Personal highlights are many. From our diverse (and often hysterical) morning warm-ups on Bristol’s waterfront, to Hilary O’Shaughnessy’s map-making workshop and Verity McIntosh’s stories from Hello Lamppost (including the woman who spoke to the lamppost outside her window whenever her baby woke…1,000 times over two months). The space the group was given to lead sessions on whatever we saw fit (including Alice’s on wellbeing, which came at just the right time); running workshops in which we reimagined city’s forgotten spaces from within the crypt of St John on the Wall; and the social occasions that only strengthened our bond – karaoke round the table at Obento…and Luke welcoming us into his home to have dinner together in a different part of town.

I’d actually say it was on Day Two of the lab, during Duncan Speakman’s evocative It Must Have Been Dark By Then, that I realised the potential of the programme. While intentionally getting lost in Bristol on a Tuesday afternoon it hit me that one of the greatest things it was giving us all was time. Time out of the office, away from our desks, emails and endless project delivery – time to see ourselves, and our cities, differently in order to understand the changes we wanted to make. To reignite the inner community activist. It’s something I’m holding onto now I’m back in Manchester.

And it’s not the only thing. Within the work I’m currently doing, the Arnolfini’s New Rules of Public Art are always in mind, as are Matt Locke’s thoughts on building a community, fandom and fan behaviours, and Clorinda Romo’s insight from Mexico City’s Laboratorio para la Cuidad, which seeks to empower every citizen to invest in their right to the city. I regularly find myself referencing Inua Ellams’ Midnight Run and thinking about the ‘private spectacle’ – private moments in public spaces, which is something Paula mentioned during her presentation.

Of course there are days when it all feels overwhelming; where you start to slip back into familiar work habits and question if you’re up to the challenge. On those days I remind myself I am now part of an international collective of conspirators and collaborators who – despite the distance – are all striving towards the same goal. Luke recently created a brilliant gif that now acts as a CPI bat-signal. God knows how many times I’ll be sending that out over the next few years but it’s reassuring to know that when I do, a response will never be far behind.