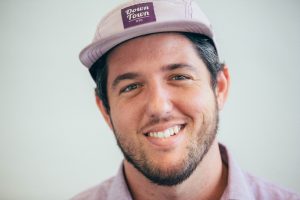 Not really sure what to expect, I boarded a plane from Miami to Heathrow to start my CPI journey. Leaving behind a country struggling to figure out how to deal with the disaster it had put in charge; I was ready to escape the alternate reality that was happening in a country I called home. The flight was a red eye so it was filled with dreams of questions, concerns, excitement and hope of what the next three weeks would be. I really didn’t know what to expect and wasn’t fully sure what a “Creative Producer” was exactly. Was the work I was doing even classified under this title? I run a design firm promoting community activity and social interaction through play. We design and fabricate interactive installations and environments to activate public spaces. I’ve been classified as an artist, architect, place maker, fabricator, but never a “Creative Producer”. All I really knew is that a group of creative people were coming together from around the world to explore the idea of what a playable city is within their context, and that excited me! Also, the fact that I was coming to a country that I had never been to, and would be there for three weeks with these amazing people was extremely exciting. In all honesty the business and constant worry about money and being constantly asked what my business plan is was beating me down and caused me to begin to question why I was running this company and not just working for a comfortable job in an architecture firm… I needed a break from that, and an opportunity to get me back on track.

The following day I arrived to this beautiful, walkable city that I had dreamt about living in. The morning journey to Watershed immediately became the escape I was looking for. After the first day of listening to the presentations and participating in the workshops, I soon realized that everyone participating in the lab had the same questions I did. Why am I here exactly? Am I a “Creative Producer”? Can I make these three weeks work and keep the business running? How can I use this to help my city? I believe this similarity in concerns and interests is what immediately brought us together. There was this sense of understanding and familiarity in the room that allowed everyone to be open and honest. Pete, Jo, Clare, and the Watershed team all also helped to instil this level of comfort and trust. I began to become even more excited about what was to come and to learn from each persons’ experiences.

I began to feel the fire for what I was doing with The Urban Conga beginning to come back within the first few nights when Russel and I would talk about what we did back in our cities and what our goals were for our cities and communities. This passion I once had for the business began to come back slowly over the three weeks and made me begin to realize the reasons for why and what I was doing in the first place. Having people that were at first complete strangers, but at the same time seemed as if they knew me for a lifetime and could directly relate to every struggle I was facing was extremely comforting.

This resurgence of passion was brought on by some of the amazing workshops and talks we had as a part of CPI and Watershed. There were several, really impactful pieces of the lab other than the one on one conversations with the other producers and the individual presentations. The first for me was the map making and Utopian city building workshops. I know for some this was something they weren’t really use to doing, but this was something I had done a multitude of times in workshops and while in architecture school. So for me it was really interesting to see how each person viewed this exercise and the different ways they went about it based upon their background and context of what a city should be.

It began to get me thinking about how much of an asset this was; to have creatives from around the world sharing their opinions on what made an ideal city and what they saw as important elements within the infrastructure of their city.

The next really impactful piece to get me back on track was the main reason I had found out about Watershed and Creative Producers International, and that was hearing more about Playable Cities and the work you all had done with that. It was nice to hear that even across the world you all were dealing with some of the same issues I was dealing with on projects back in the states. It was inspiring to see how you dealt with these issues and to hear about the inner workings of projects I had admired from afar.

There were so many inspiring activities and workshops, from Duncan’s piece that made me experience the city in a new and more in-depth way to the talk from Rohan and Rachel about self-care, that really helped me answer a lot of questions I had coming into the lab. The lab was set up to let us take it where we wanted to go with it and it really helped me get back on track with why I started The Urban Conga and see what directions I wanted to take it when I returned to the states. The experience of working with such creative people from around the world and hearing about how they work with their cities and hearing their stories was something I will never forget. This experience truly inspired me to be a “Creative Producer” of my city and to stay focused on why I started my company.

From the truly comforting atmosphere of the lab to the late night Karaoke sessions and deep talks, this experience is something I needed and will never forget. I want to thank you all for including me in this and assembling this amazing team of people that I can now call family! Can’t wait for Tokyo!!