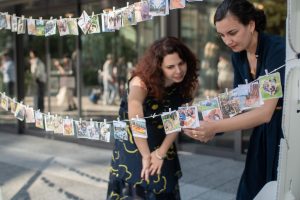 Over the two years, and thanks to the Creative Producers International Development Grant, I’ve increasingly working on how arts and culture can help citizens in London engage more deeply in the global climate crisis. This has resulted in lots of different cultural programming, professional development and also contributed feedback to the plans for transforming the local area around Somerset House where I work.

After the residency at the Watershed in Bristol in 2017, I identified the environmental and ecological crisis as the area of city change that I wanted to engage with more over the course of this programme. It crossed over a lot with themes that we explored in those early weeks – ideas of access, privilege, power and collaboration. It is a crisis that relates to how we increasingly live in cities globally, in societies that are more and more detached from natural world on which we depend. Creative Producers International is an International programme focused on local change and the climate crisis impacts on the most marginalised communities both globally and locally. For context, here in London in the past few months we’ve had landmark legal cases such as that by the mother of Ella Kissi-Debrah whose mother is fighting an ongoing legal battle to have ‘air pollution’ listed as a cause of death on her death certificate after she suffered from severe succession of asthma attacks which corresponded to the levels of pollution here in London. On a more global level we’ve seen the rise of Fridays For the Future in London and cities internationally, with children campaigning for action by governments everywhere. Earlier this year we saw protests in London (and elsewhere) by Extinction Rebellion bringing many key areas of the city to a halt.

We’re lucky in London to have a current Mayor who is engaged in issues of air quality and in relation to that subject specifically, there is a local scheme which Westminster City Council put to public consultation earlier this year called Strand-Aldwych. Responding to the fact that the area just North of Somerset House has some of the worst air pollution quality in the whole of London, the local council are working closely with local stakeholders, including Somerset House, on what has potential to be an amazing new area of public realm at the centre of the city.

As part of my development grant for CPI, I brought together groups of local young people to contribute to this public consultation, working together with different artists on imagining what this new space can mean for London. We’ve seen inspiring examples in the last year how powerful young voices can put pressure on policy makers to make choices that put future generations first and I wanted to ensure that some of those voices contributed to the public consultation. One of the things that we’ve discussed in CPI is power and decision making within cities – are communities consulted in city change and how? I felt that especially in the broader context of climate breakdown, it was important that local young people contributed their voices and ideas to the future of Strand-Aldwych and that was why I instigated the following sessions.

I ran two different events using the CPI grant, one was with a group of Young Ambassadors from the local area working in collaboration with the Young Westminster Foundation and one was a younger group of dance students from a London South East Colleges. Although different in their output, there was remarkable consistency in terms of the feedback on the proposed Strand-Aldwych scheme which I then took and shared with the local council as a contribution to the public consultation.

The first workshop called What Can a Londoner Do? (21 February) was in collaboration with Young Westminster Foundation and we invited a group of local Young Ambassadors from the local area together to consider and feedback to the proposed plans for this transformation of Strand-Aldwych and the opportunities around this new space. 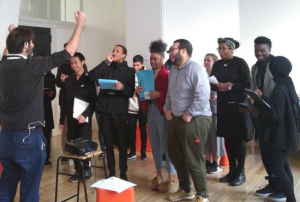 The group was full on enthusiasm and ideas for the new pedestrianised space, and they also felt strongly about the impact of air pollution on the health and wellbeing of local people. Rather than simply supporting a new development, I wanted to investigate different ways of thinking about the space and so I invited three an artists, a designer and a writer to each share some of their work as a provocation and to support the group discussion about the future of Strand-Aldwych which followed. The invited provocateurs were:

We also invited a group of ten BTEC Dance students from London South East College (Plumsted) to take part in a residency at Somerset House called Future of Strand-Aldwych (5-7 March). Working with artist Zinzi Minott they were asked to respond to the Strand-Aldwych public consultation through dance. As part of that I led a tour of Strand-Aldwych, and spent time out in the traffic-filled gyratory while absorbing the plans put forward by Westminster City Council. That was followed by the residency working and at the end of the three days the group of 16-19 year olds performed three new dance pieces in different spaces around Somerset House which were choreographed to illustrate their ideas and feels about the future of this area of London. Building on the first workshop, I learnt a lot about how involving artists or other creatives in a process like this can support conversation and ideas, making links and expanding out from the initial ask to respond to initial council plans. 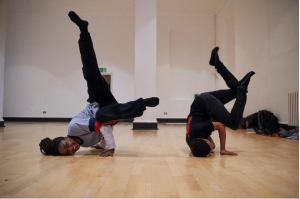 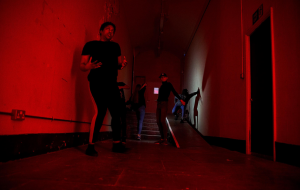 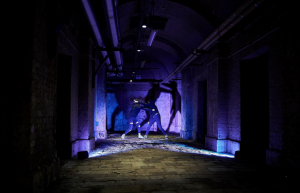 3 key areas of feedback from the groups combined were:

The findings from those workshops formed part of the broader feedback to the local council, and the plans for Strand-Aldwych are continuing to develop further having taken that public consultation onboard. 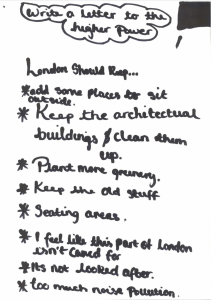 My key findings were:

Since these workshops the Strand-Aldwych project in continuing to develop and more generally there has been a huge amount of development in terms of the level of awareness and activity around the climate crisis in London. Ranging from widespread city protests, to government declaring ecological emergency and the ongoing School Strikes 4 Climate we dramatically need to reimagine how our lives – and cities – adapt in the years to come. Also building on the development grant process I developed a programme called  Earth Day Season 2019 at Somerset House (16-29 April) exploring the roles of voice and language in creating new types of conversations around climate change in the city. All of the above continues to inform my practice, and (I hope!) impact on my local area and city more broadly.